Well! it is Valentine’s week after all and what a good time to introduce ourselves to the aphrodisiac spices! Food is the way to a man’s heart, apparently! But what are the main aphrodisiacs In Indian cuisine and is there any!?

Or is it just chocolates and flowers, obviously these are mandatory! But can we cook our way to the heart using spices we use commonly when cooking our curries!

There are some obvious spices which I would think yep, nice aphrodisiac. Saffron, an obvious choice as it is the most expensive spice in the world and is considered an aphrodisiac as it contains picrocrocin which reduces depression and increases the libido apparently.

This spice is the dried stigma of the crocus plant which blooms at the extremes of temperatures and it takes 400 crocus plant to produce one gram of saffron and the stamens are be handpicked, all these factors make it so expensive. 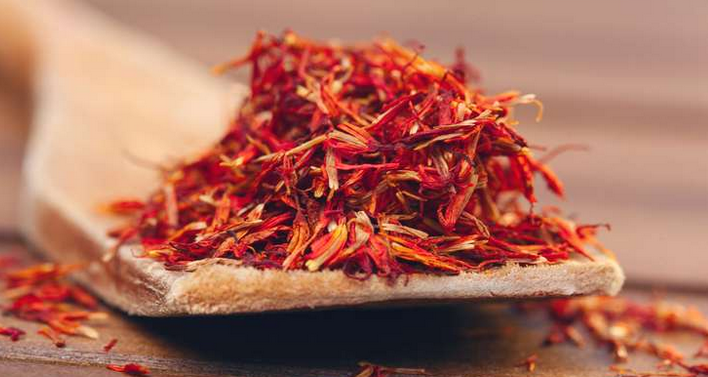 I rarely use saffron, but when I do it is mainly in biryani dishes and sweet Indian desserts including my gulab jamun cake. It has a very distinct taste which can be overpowering and usually only a pinch of saffron is needed to give it’s aromatic flavouring to the dishes.

It is used in kulfis, kheer, gajar halwas, ras malai, barfis and much more. It is also used in savoury dishes such as biryanis, pilaus, and just saffron rice and even in curries too! When I taste the flavour of saffron in any dish, I know it will be pure quality, luxury and heaven!

Chilli peppers is also high on the list. The hotter the better! The heat come from the chemical capaisin which boosts the testosterone levels and increases the libido.  That combined with the spice turmeric which contains curcumin, another strong contender, well you will get a good curry if nothing more! My personal favourite combination though would have to be chilli and chocolate, as in brownies, yes please!

Let’s remain focused ladies and talk about the actual spices! Now we must all know that Christopher Columbus discovered the chilli pepper on his voyages to the Hispaniola and once he bought it back to mainland Europe it was transported along the Silk Road as the main contender at the time, black pepper, had been taxed and had a huge price increase, so alternative spices was then sought after. The chilli pepper was still not favoured by the elite in Europe as they found the flavour too strong. 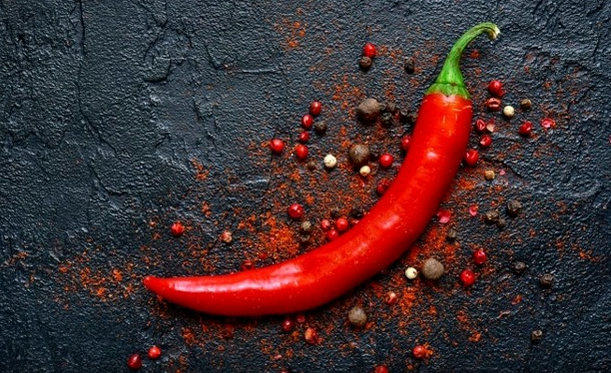 It was not until Vasco De Gama who was Portuguese took the red chilli pepper across to India the that the use of this spice really took off as the southern Indians were well used to using a lot of seasoning with black pepper and much preferred the stronger flavour of the chilli pepper. The rest is history! I am not planning on going into the details of every recipe containing chilli, but apart from the obvious Indian curries, the Mexicans and Hispanics used it for medicinal purposes and combined it with the cacao bean to make healthy drinks.

This was even before Christopher Columbus’ discovery!

Turmeric or Circumin has been used for over 4000 years in the Indian culture both for culinary needs and medical.

It has grown along the Indian and Indonesian coastline for thousands of years. Turmeric has been used in ancient Indian culture as an aphrodisiac and is also a postpartum tonic!

There are so many uses for turmeric, not only in curries, but for skin conditions, the golden milk to help you relax and sleep, it has powerful anti-inflammatory properties. Lowers heart disease, increases antioxidant levels and much more. 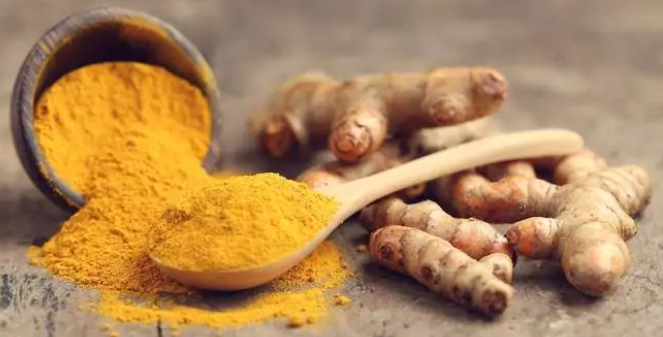 Interestingly Fenugreek is also classed as an aphrodisiac and increases arousal in both men and women. Fenugreek is cultivated worldwide and commonly used in South Indian cuisines. There are various forms of fenugreek, fresh leaves, dried fenugreek leaves or methi, and fenugreek seeds. It was shown in various medical studies to significantly influence the sex hormone.

Likewise, cinnamon, cloves, ginger and nutmeg all can have aphrodisiac properties. They increase the blood flow and raise the body temperature. Apparently, a small amount of cinnamon oil rubbed on the nether regions acts as a very powerful stimulant, who knew!! Cloves have been used for centuries as a natural aphrodisiac. 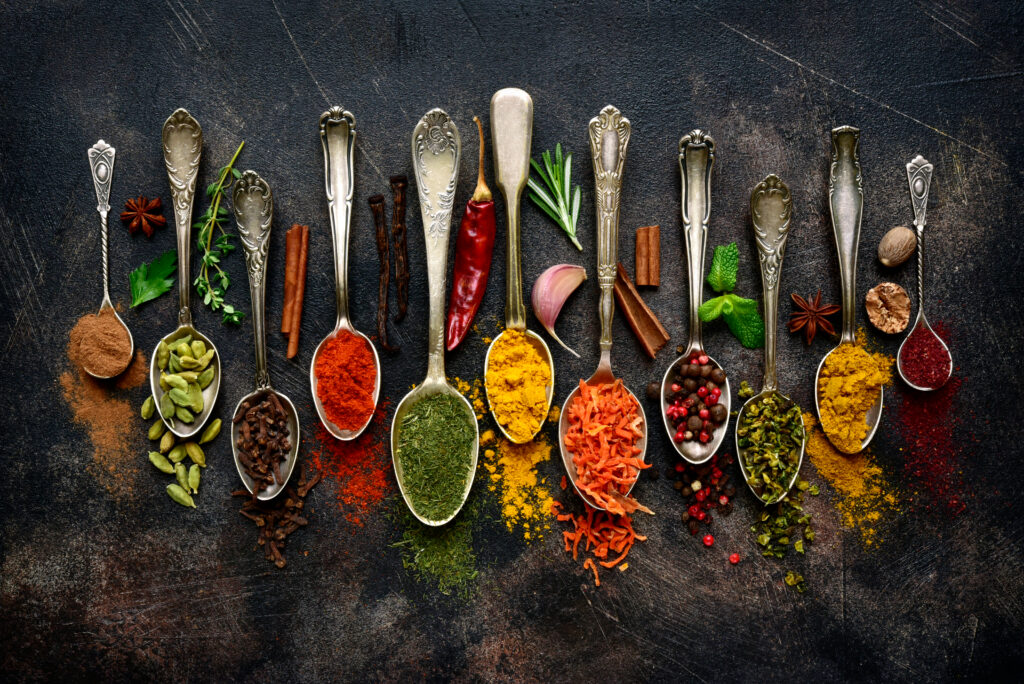 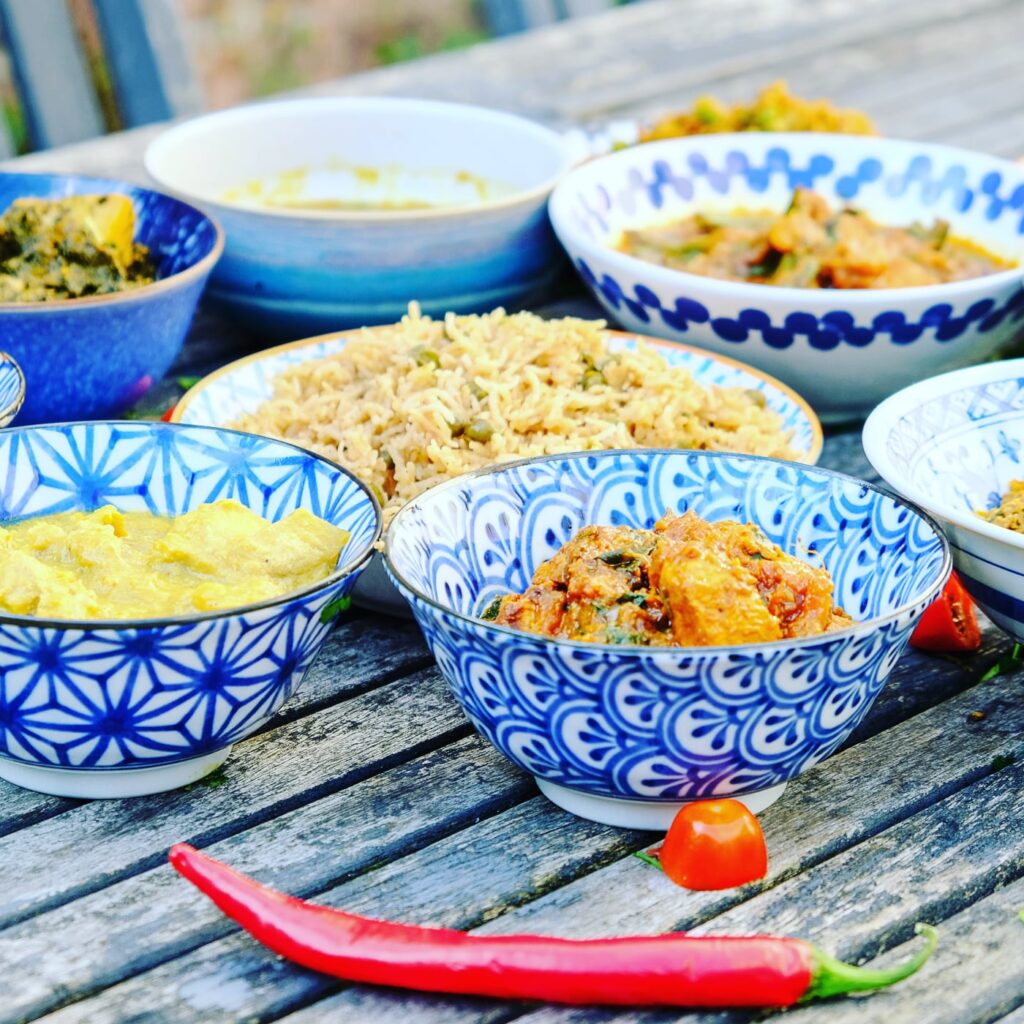 I think you must get the idea by now, I could go on and write details on how each and every spice works, but again that would be writing a thesis.

The only conclusion I can draw form reading up on the aphrodisiac effect of the spices we love so much, it must be the explanation for why we the Asians have such large families, it really has nothing to do with having no television in the 1960’s and 70’s, it IS all about the spices!!!!!

This is my theory, and has no scientific basis, but we the second generation have a much more varied diet than just curries and spice, based on the idea that we use spices a lot less, we have smaller families, it really has nothing to do with educating the general public and contraceptives, it’s simply the lack of spices in our diet!!

I was tempted to give out the gulab jamun cake recipe but I think homage needs to be paid to the humble chocolate and it’s combination with chilli pepper as the Mexicans had done many hundreds of years ago before Christopher Columbus brought it to the world.

This recipe has been adapted from one of Jane Patisserie’s brownie recipes. I have used a combination of chilli powder and crushed chillies, but you can play around with this to see what you prefer.

I have posted the link to a previous cook along video we did in the first lockdown in which I make kinder Bueno brownies, using the same recipe and principles. 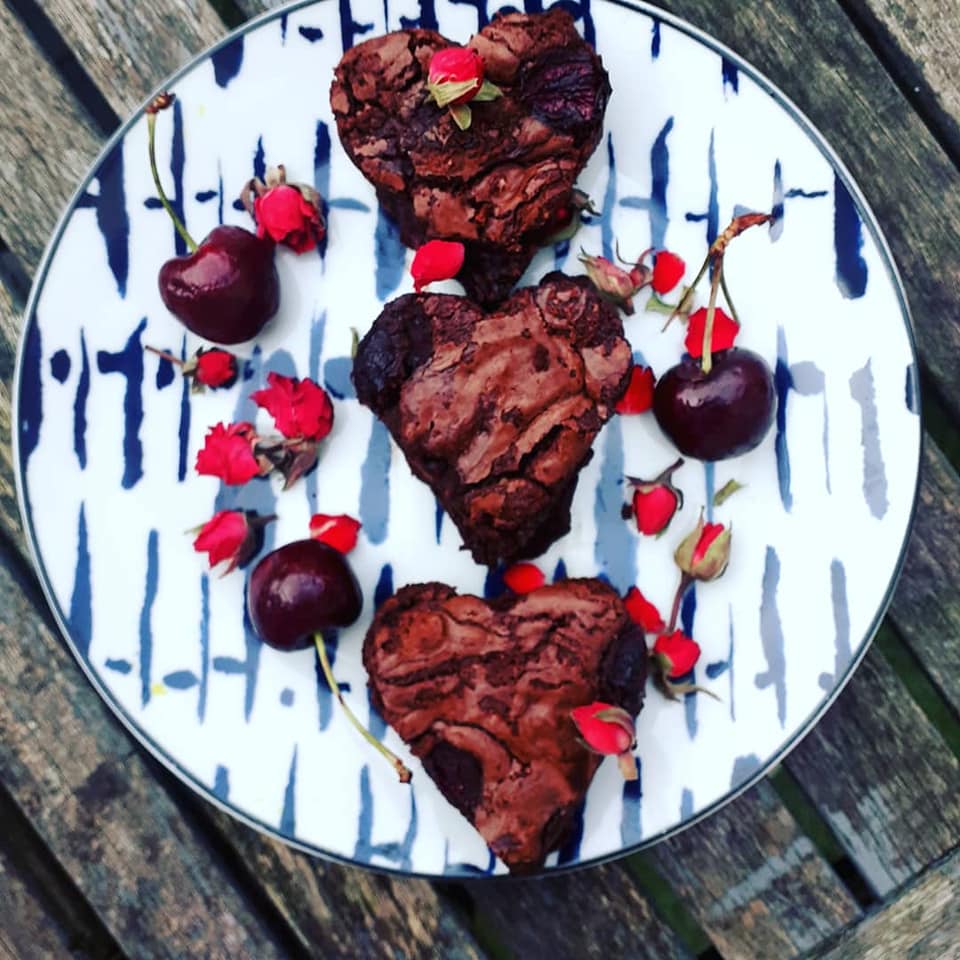 3 dried chilles crushed, or maybe another tsp of chilli powder if preferred.